Not much here at the moment. Hopefully that will change. Got some mp3s you want up here? Email me and I'll see what I can do.

A short lived band with John Molin singing, Tony withoutalastname on guitar, Ken Green on bass, and Adrian Ossea on drums. These cuts appear courtesy of Peter Molin, and were all recorded live, so they aren't exactly hi-fi...in fact they're proudly lo fi. Anyway, enjoy:

A number of Black Market Baby mp3s are available at: http://www.senselessofferings.com/

Braille Party were a melodic punk band that honestly never got much attention. Their one album, Welcome to Maryland has become a minor collectible.

The Chumps were an awe-inspiring avant-noise band. They managed to release on EP in 1979, record an LP (unreleased to this day), and hook up bands like Half Japanese and the Bad Brains with their first gigs.

Dirty Work were a good punk band in the same vein as the Razz. They released two 7"s (in 1979 and 1980) and started recording an LP when they split up. The unreleased songs here are from that session. I've also got a live set from the band and I may pull some mp3s from it later.

I suffer from an illness. I can't say nice things about GI. I like the band, I really do, but it's impossible for me to let the world know. Just check out the reviews I've written for proof. Here I make amends. Download, listen, and be refreshed.

Another band from Matt Riedl's past. Much like the Resistors, they never managed to release anything, but did manage to tear it up around DC for a while.

Glenn Kowalski, aka Jake Whipp, is still makin' noise. Check it out at: http://www.7doorsedan.com/. Hopefully there'll be some White Boy stuff up there soon too...

Heavy (really heavy) metal meets harDCore. Malefice are the most overlooked, underappreciated DC band I can think of. At least Black Market Baby have a toe-hold with the record collector market--Malefice don't even have that.

Insaneblastingstaticmankillsguitarwithhammerwhitenoise! That's pretty much it. 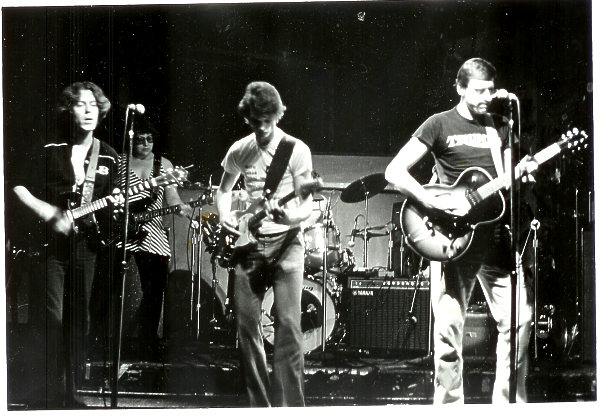 Garagey punk-n-roll. They released a 7" EP and split up in 1979, then reformed in 1982 with a new lineup (including some members of the almighty CHUMPS) and released a stoopidrare 45 before splitting again.

This short-lived seventies group were the original home of Mike Dolfi (BMB, Iron Cross), and Matt Riedl and Gerry Rolfe (Privates, the Lunamats, and Braille Party).

The entire Trenchmouth oeuvre is available at: http://www.ramblingshadows.com/html/Trenchmouth/Trenchmouth.htm.

There are some UM mp3s available at: http://www.livingnightengale.com/united_mutation.html.